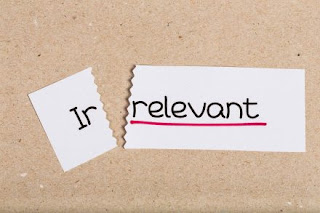 I was inspired to write this blog because of the number of developers who've recently reached out to me regarding their employment situations. This past week a Senior Developer asked me for advice on what technologies he should learn in order to find a job. He was recently let go from his long term job due to reasons such as organizational restructuring, shifts in technology etc..  He is a bad ass developer that I had the pleasure of working with and learning from as a noob in the industry.   I consider these senior developers innovators & veterans of an earlier tech industry. These engineers are very intelligent and capable but over time they neglected their skills and unfortunately became technically irrelevant.

I've officially been working in technology for over 20 years in various roles, capacities and sectors ranging from military, commercial enterprise, federal and most recently start-ups (again).  I'm very fortunate to have vast experience in all of these sectors which also gives me a little insight into how developers creep into these situations. I'm going to take the liberty of generalizing here and give my opinion of a developer career track so don't flame me too bad if you don't agree:


As developers rise in an organization their roles and responsibilities inevitably change from being hands on and in the trenches to managing processes and projects at an abstracted layer.  Upon reaching that “Senior or Director” status, your primary function is to basically provide for the junior/mid tier developers and enable them to successfully accomplish the project goals. In most cases Senior Developer become “managers” within an organization. They are expected to lead and manage projects, provide guidance and most of all be the bridge between C level execs and tech teams.  Inevitably these Senior Developers are removed from being immersed in developing technology and instead overseeing it's progression.  They ensure that the team's goals, deadlines & budgets are met.

If what I've described rings true for you, then in my opinion you're on the downward spiral as a developer.  You're distracted by your non-technical responsibilities which are very important but ultimately keep you further and further away from technology and before you know it your skills are dated and often are no longer relevant.

So as developers how can we prevent this from happening?  We can't afford to stay at the Junior/Mid tiers forever. We need to grow and experience new things in our careers and all the while staying technically relevant.  Below I offer some advice that has served me well over my 20+ year career:

There is one more item that I struggled with early on and that is “Don't be religious about languages/frameworks or technologies”.  There are no silver bullets in technology and keeping an open mind is crucial not matter how much you despise a particular technology.

Most developers will ascend the latter in organizations and must protect their skills and themselves from becoming irrelevant in tech.

Tweet at me if you have opinions:  @punkdata
developers hackathon hackers polyglot relevant tech

I own a few older MacBook laptops and Apple's support for them are unfortunately being phased out which means that the newer MacOs releases don't function on the older hardware. Typical Apple move to force consumers to purchase their newer hardware. I normally don't buy Apple products but I had to a few years back for some IOS projects I was working on years ago so admittedly I'm not a big fan of the company in general. Though I'm not a fan of the company itself. I do like the quality of the older MacBook devices. They are tanks for sure. Very well built sturdy shells and most of the innards and components are on the higher end quality of the spectrum compared to their competing products. Since the MacBooks are well built and Apple doesn't support their old hardware they're great machines to re-purpose with a fresh install of Linux and in this post I'll describe i nstalling popOS Linux which is a very cool operating system produced by System76 . Upgrade

Shit! I accidentally commited large files to my repo

So I realized that a git repo I've been using at work had some older commits with unnecessary LARGE files.  The large files were things like executable binaries & application logs that weren't properly ignored in the .gitignore file.  Committing & leaving the unintentionally committed files in git repos can impact stability & performance if left unchecked. Image from Ilmari Kontulainen's blog Unintentionally committing unnecessary & large files is a very common mistake that most new & veteran git users make & don't realize until a few commits down the road.  I published some scripts & git commands that will help you list & remove unintentionally committed files from the git repos after the fact.  These scripts will be helpful for when you don't realize that you polluted or if you inherit an already polluted repo. Use this gist - python script to list files in the .git repo by setting a file size "grea

Let's face it folks Oauth2 is here & it ain't going anywhere! I've met many hackers that either really like the Oauth2 protocol or really hate it. Few & far between are middle of the road. I am one of those middle of the road ppl. I've been exposed to Oauth since version 1.0 and I've kinda grown up on it in the RESTful API world. It's becoming the most used weapon of choice for cloud based authorization but I would like to see some sort of standardization between the providers in regards to Refresh & Access token policies. Cloud service companies are widely adopting OAuth 2.0 & it's a great concept that provides a less riskier method for cloud services & app developers to provide a Single Sign-On experience for their users. OAuth enables developers to offer users an easy method to allow “trusted” apps to perform transactions in their cloud based services and applications on their behalf. For example OAuth enables a user to